‘Run The Month’ challenge in aid of Prostate Cancer UK 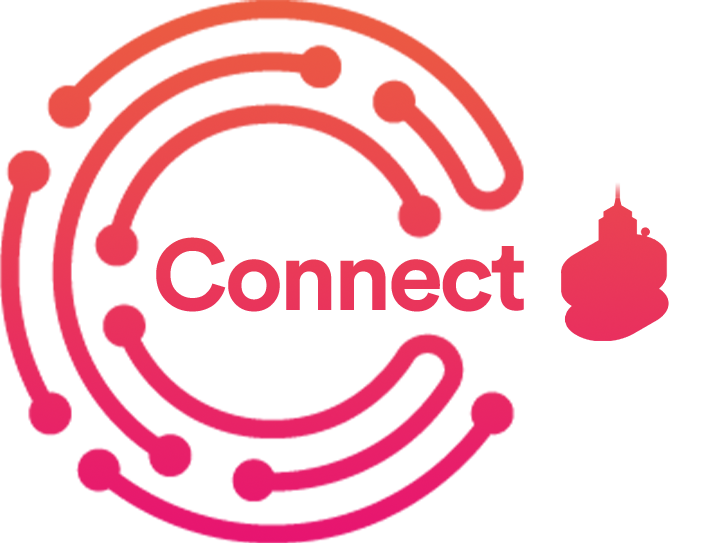 Throughout October, the DSG Group is taking on the ‘Run The Month’ challenge to collectively run, jog or crawl hundreds of miles in order to raise £1,000 for Prostate Cancer UK.

Prostate cancer is now the most common cancer in the United Kingdom, with one man dying every 45 minutes. Many Grandfathers, Fathers, Husbands, Brothers, and Friends have died as a result of this terrible disease. In the case of many cancers, early detection is crucial. Men who are diagnosed early on have a 100 percent chance of living for five years or longer. This is only 49% at this point in the process.

Theo came to us with this challenge and now the DSG team is raising funds for a cause near and dear to our hearts, as many of our loved ones are affected. We hope to raise money to support the men and families affected by the disease as well as fund life-saving research.

Many members of our team got up at 6 a.m. to do their part and run 50 miles each. They’re eager to get their hands dirty for a good cause.

Giving a very special well done to the running team:

It would be greatly appreciated if you could donate and support our team in their fight against cancer. From all of us at DSG Group, thank you.

To make a donation, go to Prostate Cancer UK.

The running team has been filming the challenge; you can follow their progress by watching the videos below. 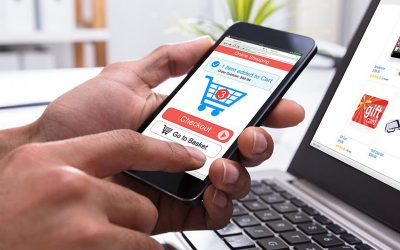 How to secure online customers in only 8 seconds

Dealers are consistently being confronted with the most challenging task of all, grabbing consumers' attention. Fortunately, dealers can now present their products to customers using a variety of strategies. 0 The average user spends nearly 7 hours online each day.​... 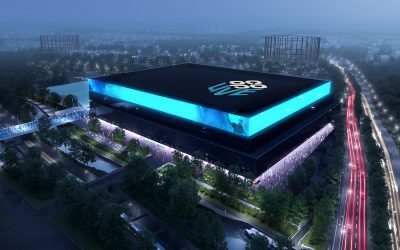 Co-op Live Coming to Manchester in 2023

There’s a new state of the art music venue coming to Manchester, the home of great music. In fact, did you know that the most music gig tickets are sold in Manchester? But that shouldn’t come as a shock.  In 2023, Co-op Live is expected to open to Manchester... 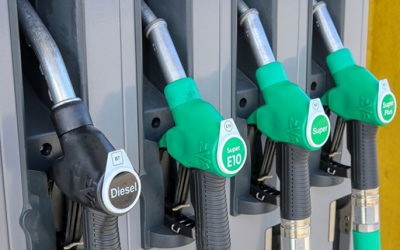 Are your vehicles compatible with E10 fuel?

Know your fuel! Introducing E10 petrol. During summer 2021, the standard petrol you know has changed (upgraded if you will) to E10 fuel. Exceptions in Northern Ireland as the change will occur in early 2022. The reason being that E10 is more eco-friendly than E5,... 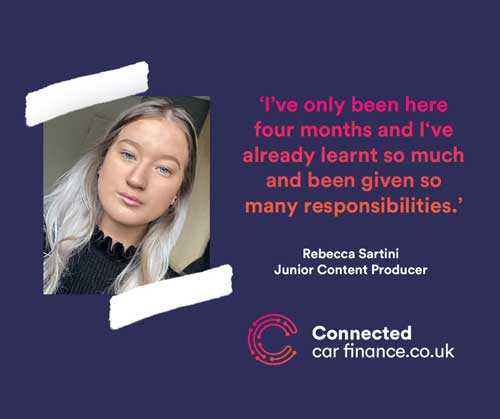 An apprentice’s journey with Connected

In celebration of National Apprenticeship Week, one of our apprentices has written a blog dedicated to her experience with us along with five top tips of advice for new apprentices. My experience as a starting apprentice Hi, I’m Rebecca and I’m an apprentice in the... 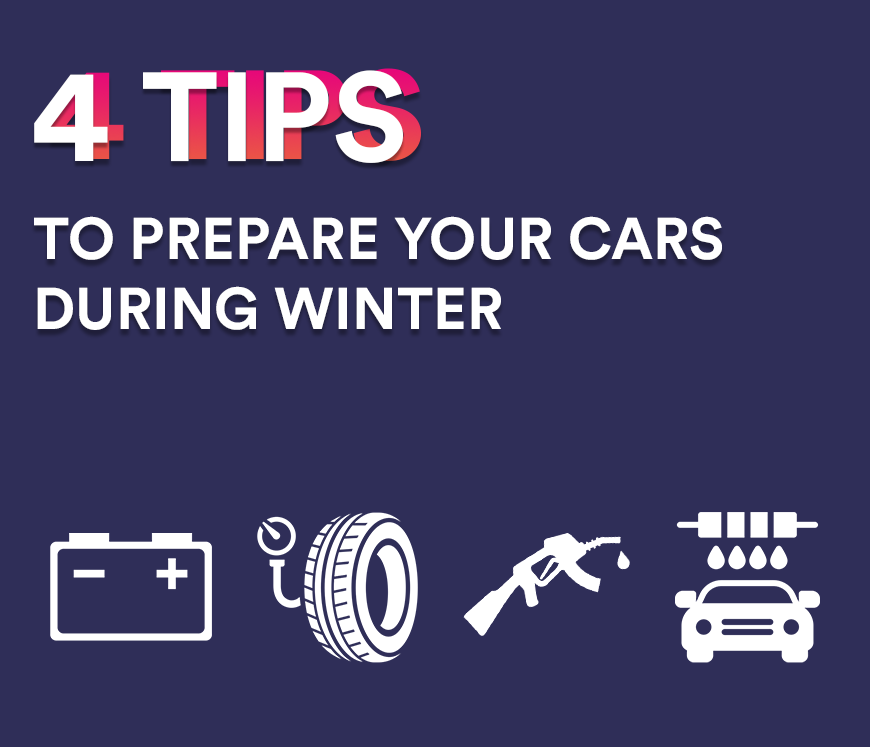 4 tips on how to prepare your cars during winter

Bored of having more time on your hands during lockdown 2.0?  Here are 4 tips on how to prepare your cars this winter. Winter is coming! Throughout these upcoming months, drastic weather and a drop in temperature can lead to more breakdowns and car problems. There... 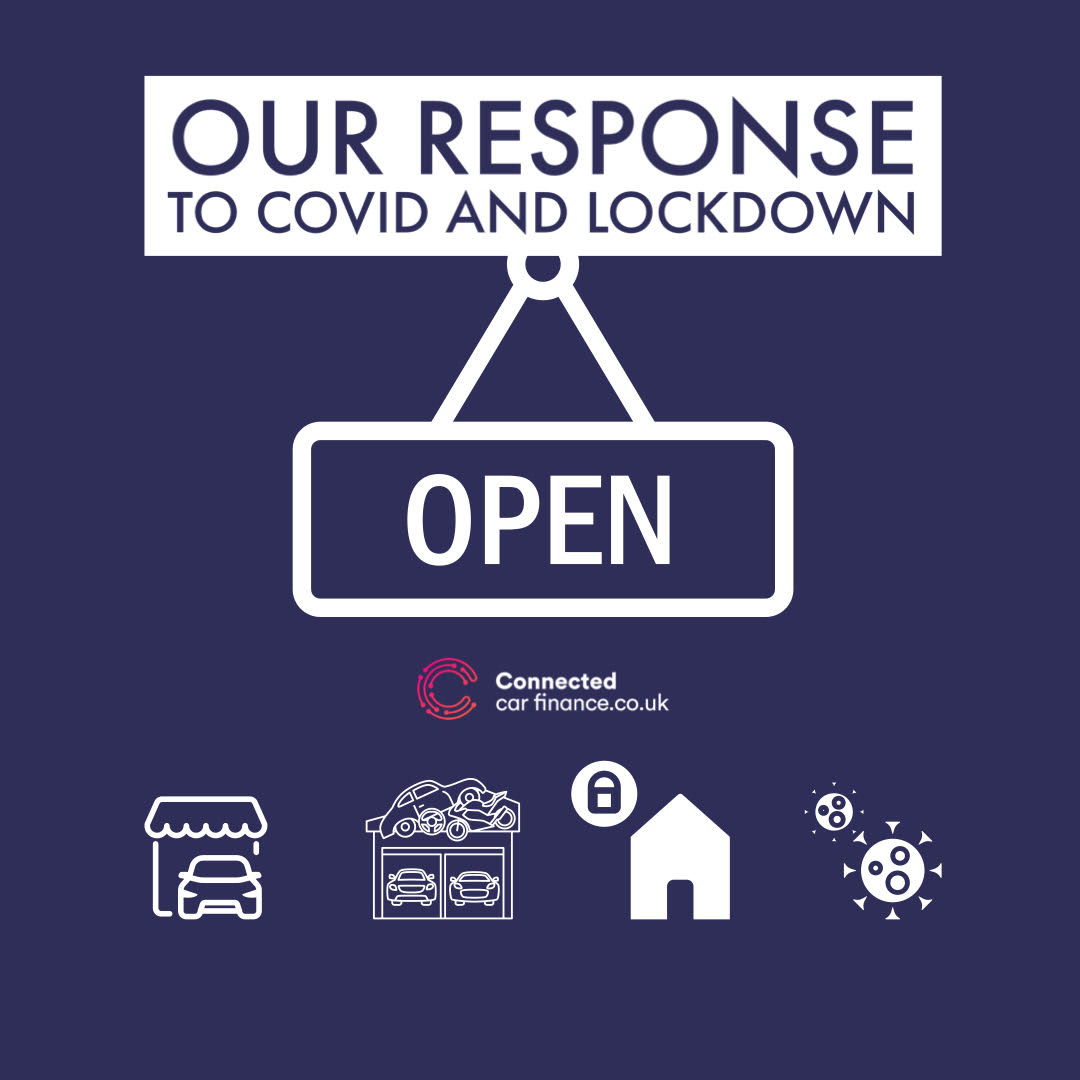 Our Response to COVID-19 and Lockdown 2.0

While lockdown means we can’t connect with you in person for now, we’re still staying Connected with our dealers and our full workforce will be on the front line to support you. We’ve made the decision not to furlough any of our Connected family and our established... 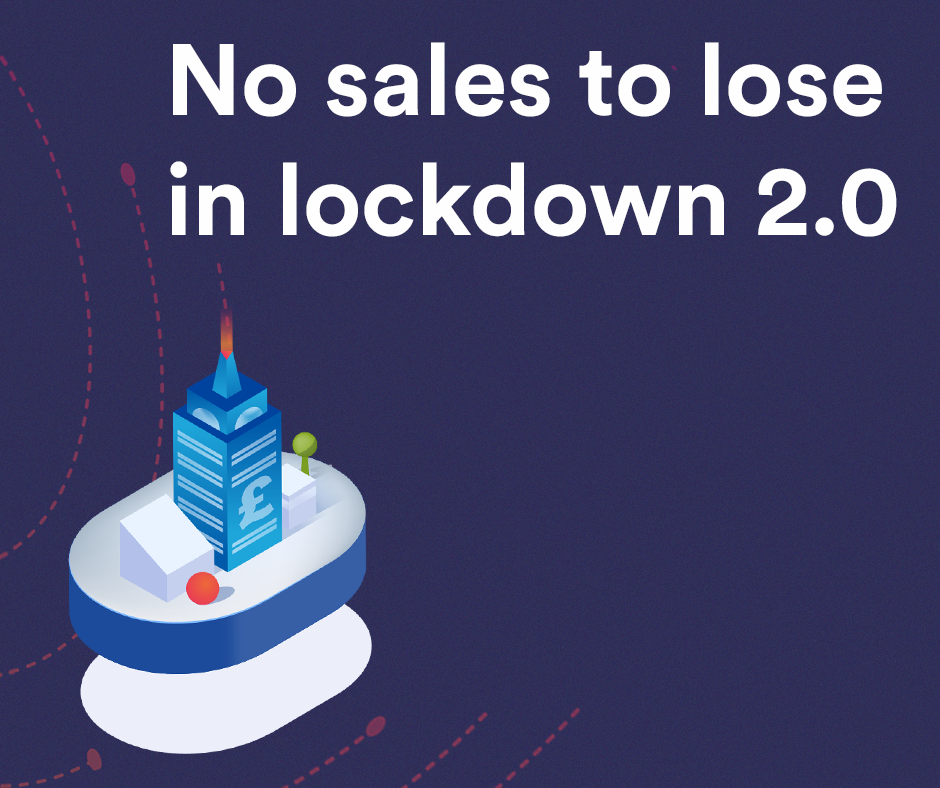 No sales to lose in lockdown 2.0

As we reach a day closer to the second national lockdown for England on Thursday, leaving businesses panicking once again, we’ve decided that for today's blog we want to give you 5 points to reassure you that your independent used car dealership business won’t... 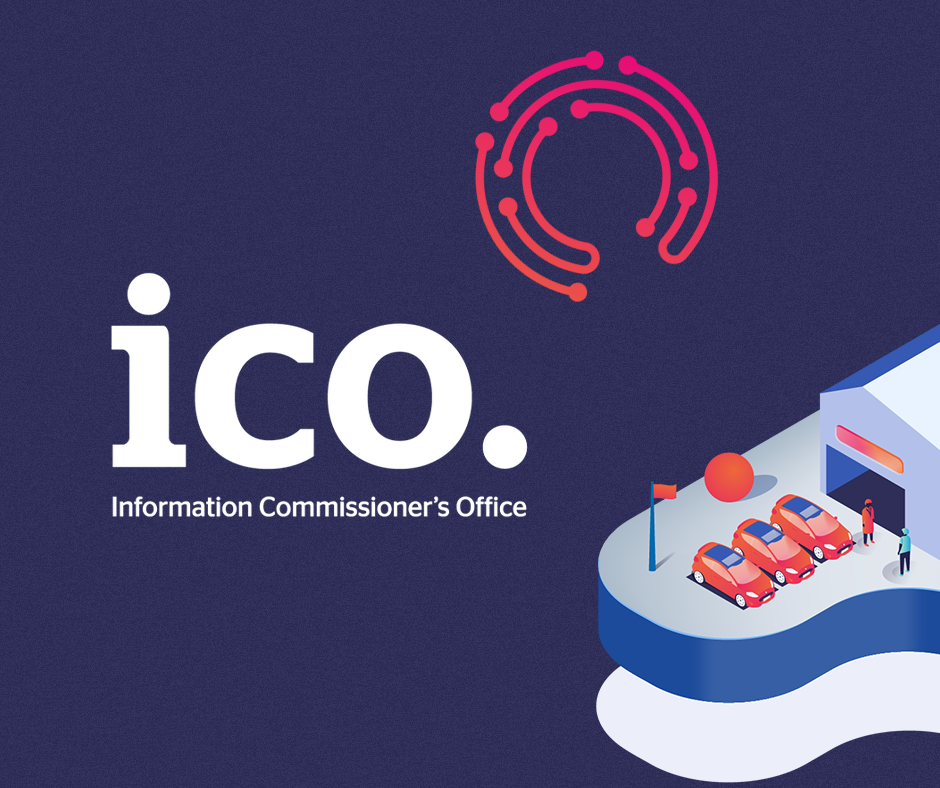 Do you have an ICO?

Most used car dealers aren’t aware that you have to have an ICO number, otherwise you can’t legally transact. This means we wouldn’t be able to partner with you and add those extra elements to your business to help it grow. Not many finance brokers / lenders talk... 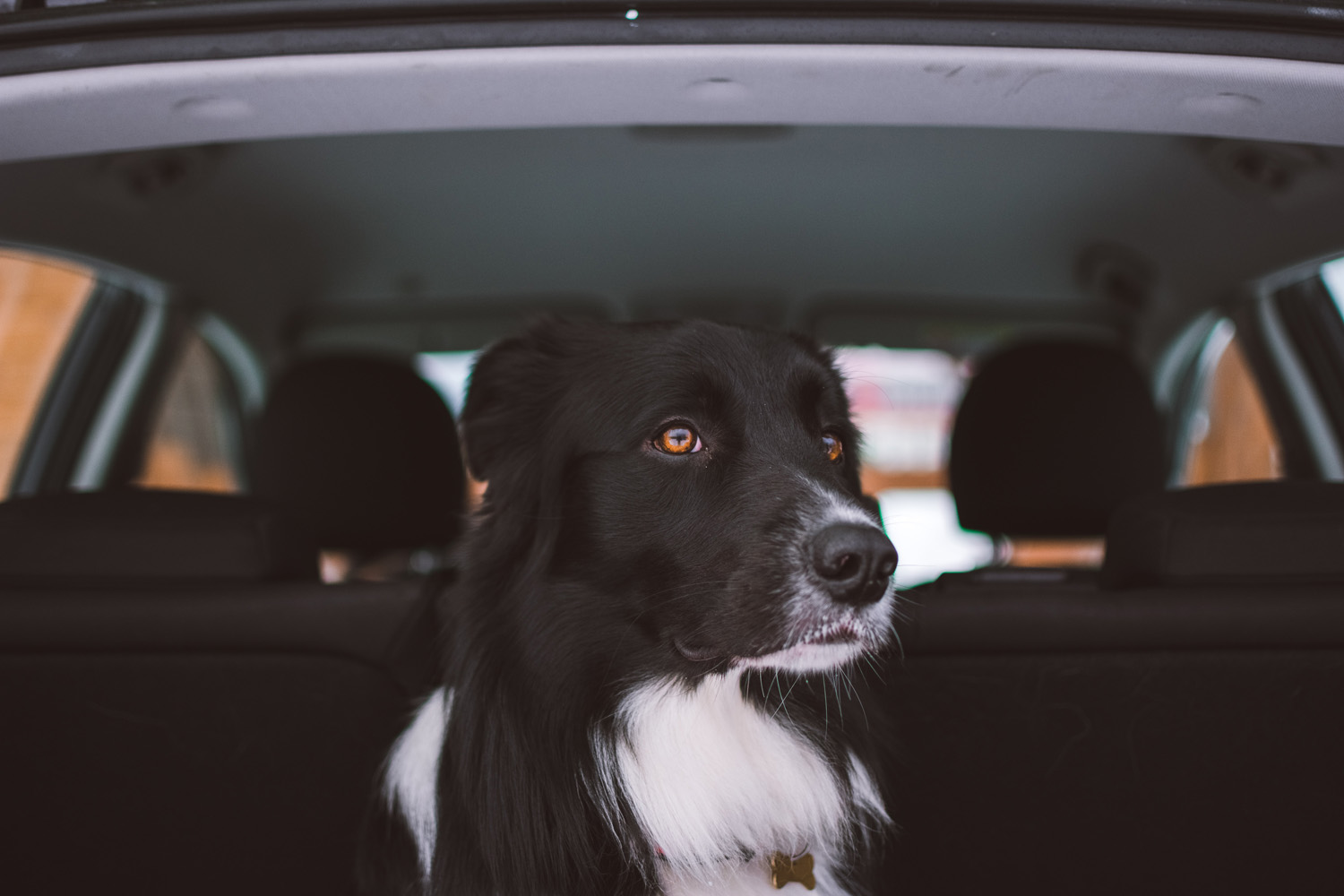 Tips and Tricks to Clean Up Used Cars

Don't let pet hair stop your sales! Dogs are part of the family and if we could we would take them everywhere with us, imagine how much fun work would be! The only downside is the hair they leave behind in the car which we don’t clean as often as we should because... 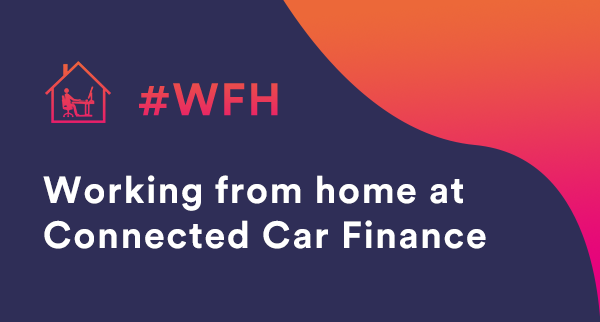 It’s been just over a week since everyone at Connected started working from home. Although we’ve needed a day or two to get things perfect, we’re proud to say our team is adjusting well to this temporary situation. We’ve asked our team members to share their...

We use cookies on our website to give you the most relevant experience by remembering your preferences and repeat visits. By clicking “Accept”, you consent to the use of ALL the cookies.
Cookie settingsACCEPT
Manage consent

This website uses cookies to improve your experience while you navigate through the website. Out of these, the cookies that are categorized as necessary are stored on your browser as they are essential for the working of basic functionalities of the website. We also use third-party cookies that help us analyze and understand how you use this website. These cookies will be stored in your browser only with your consent. You also have the option to opt-out of these cookies. But opting out of some of these cookies may affect your browsing experience.
Necessary Always Enabled
Necessary cookies are absolutely essential for the website to function properly. This category only includes cookies that ensures basic functionalities and security features of the website. These cookies do not store any personal information.
Non-necessary
Any cookies that may not be particularly necessary for the website to function and is used specifically to collect user personal data via analytics, ads, other embedded contents are termed as non-necessary cookies. It is mandatory to procure user consent prior to running these cookies on your website.
SAVE & ACCEPT